Working with AI in HR
The technologies available today

Kingsley Gate Partners presents the second in a series of conversations focusing on Reinventing HR. This four-part discussion highlights the role of Artificial Intelligence in the Human Resources function.

We have with us Jason Tamara Widjaja, Director of Artificial Intelligence at MSD. For more than a century, MSD has been at the forefront of research, bringing forward medicines, vaccines and innovative health solutions for the world’s most challenging diseases.

Our first part takes us through the relevance of AI in HR and the leading AI-led technologies available today to the function.

Jason is Director, Artificial Intelligence and Responsible AI Lead for Singapore IT Hub, MSD. He believes in working towards a better world through data and AI. A multidisciplinary technology leader, Jason has the dual responsibilities of leading a large and diverse data science team in MSD’s technology hub in Singapore and driving business outcomes through AI globally. His AI responsibilities include developing computer vision capabilities, embedding responsible AI into the enterprise and nurturing partnerships with the global data science community.

A recognized thought leader, Jason has spoken in major international conferences and has been featured in the Business Times, TODAY and the Sydney Morning Herald. He actively contributes to multiple national initiatives including Singapore’s skills framework for data and AI careers, Singapore’s AI Governance Framework, and is an author of Singapore’s AI Ethics Body of Knowledge.

Jason spent half his career in Australia before relocating back to Singapore in 2016. Since then, he has been active in the local start-up ecosystem, as a co-founder of Lauretta.io with his brother Galvin, and a mentor to AI startups in partnership with local venture capital firms in Singapore.

Jason was on the Melbourne Business School Dean’s List for his MBA in 2010 and graduated from the same university with a second master’s in Business Analytics in 2015. He also holds a bachelor’s degree in Computing from the National University of Singapore and a first-class honours’ in Business Information Systems and Human Resources Management from Middlesex University.

Watch part one of the conversation between Kaifeng, Arnaud and Jason in the video above! 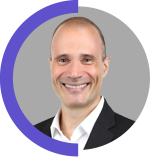 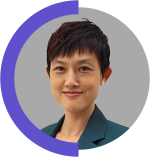 Getting on Boards with David Molén and Andy Davies